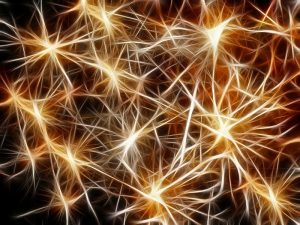 It isn’t often that a graduate student makes a spectacular technical leap in his field, or invents a process that can have a significant impact on a real-world problem.

Di Liu did both.

Liu, a chemistry graduate student at the University of Chicago, devised an ingenious way to make tiny knotted and interlocked chemical structures that have been impossible for chemists to fabricate until now, and he invented a way that those knots might be used to quickly screen hundreds of chemicals for fighting cancer.

Many chemicals have knots or links as part of their structure.

But synthesising new substances that tie themselves in knots at the molecular scale is prodigiously difficult.

Liu found a way to generate a large variety of tiny knots, 15 to 20 nanometers in diameter (smaller than a virus), in a piece of single-stranded DNA.

“Nobody could do it before,” said Yossi Weizmann, an assistant professor in chemistry and a co-author on the paper.

“Di found a way to synthesise something that’s very challenging.”

The challenge was part of what attracted him.

“It’s a demonstration of our capability.”

But the knots are more than a technical tour de force.

They are a way to mimic what happens to DNA inside cells and they offer a possible tool for attacking an enzyme crucial to the survival of cancer cells.

DNA is a long molecule.

In living cells, it must coil itself up in order to fit into the cell nucleus, and in doing so it becomes “super-coiled” — an effect similar to being knotted.

Like a piece of string twisted too tightly, short segments twist back on themselves, tangle, and poke off to the side of the main strand, interfering with the DNA’s ability to function.

When the DNA needs to replicate, an enzyme called DNA topoisomerase snips the super-coils and untangles them, relaxing the tension in the strand.

Then it re-joins the snipped ends so the DNA can function.

It’s a feat so complex that James Wang, the enzyme’s discoverer, dubbed it “the magician of the DNA world.”

Liu uses knotted DNA as a probe to detect the activity of topoisomerase. He first gets the knots to form themselves from strategically designed sequences of single-stranded DNA and shorter segments he calls “staples.”

So by picking the sequence of nucleotides on the staples, Liu can manipulate where each will attach to the long strand.

Using this method Liu has encouraged the formation of nine different knot structures, some, he acknowledged, simply for the intellectual satisfaction of being able to do it.

After the structure forms, an enzyme seals the ends and another enzyme removes the staples .

When topoisomerase is introduced into a vial containing the knotted DNA, it snips the knot, untangles it, and seals its ends to form a circle ,”unknotting” the knot.

The relative quantities of knots and circles after adding topoisomerase show how active the enzyme has been in unknotting the knots: fewer circles equal less action.

To test a potential anti-topoisomerase drug, researchers could run the test before and again after introducing the drug, and see if the drug had inhibited the action of the enzyme.

But the method chemists typically use for such assays — gel electrophoresis — is too slow to be a practical way to screen drug candidates.

He realised that he didn’t need to see the knots themselves; he just needed to see evidence that the enzyme had unknotted them.

And since the circles of DNA can replicate while the knots can’t, he looked for replication, which is easily detectable using a fluorescent dye that binds to DNA.

“You’re detecting the activity of topoisomerase, because it can unknot the knot to a circle,” said Weizmann. ”

And if the DNA is unknotted, then you can detect the replication.

And because this method is electrophoresis-free, it can be used in high through-put screening for drugs against this enzyme.”

Liu and Weizmann plan to begin testing a library of chemicals, beginning with molecules already approved by the FDA.

“There are hundreds, Weizmann said.

“If you hit something, then you start to study it. If you don’t, you go on to others. It’s trial by error. But you have the ability to screen hundreds because the method is very easy.”
[hr] Source: Nature Chemisty