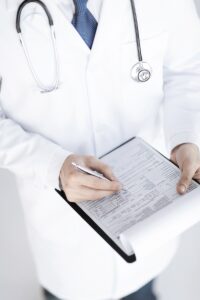 More than three quarters of oncology specialists in Europe, South America and Asia believe their patients are not always well enough informed about the treatment options available to them, survey results have revealed at the ESMO 2014 Congress in Madrid, Spain.

The results come from an online survey of 895 doctors from 12 countries in Europe, South America and Asia.

All were practicing oncology specialists, with more than three years’ experience, treating more than fifteen patients a month.

While 82% of those surveyed believed that deciding on a course of treatment is a process that should be shared between doctors and the patient, fewer than 23% of physicians believed their patients were always fully informed, the survey showed.

“Our respondents felt that nurses were the best source of information for their patients, but only 45% thought their patients actually had access to nurse support,” said Prof Fortunato Ciardiello, from the Second University of Naples, Italy, and ESMO President-Elect.

The survey, conducted in late 2013, aimed to measure how widely personalised medicine had been adopted into clinical practice around the world.

It showed that 90% of oncologists are currently using biomarker testing to help them choose which treatment to offer their patients.

The most commonly used tests were for KRAS mutations (widely used in colorectal cancer), and hormone receptor status and HER2 expression (in breast cancer).

Of the minority not currently performing biomarker testing, 55% identified cost or lack of reimbursement as key issues.

“Although overall we found that 73% of physicians believed their patients knew that it is possible to test tumours to help decide which treatment to give, we noted that this fell to 55% in Germany and Turkey,” Ciardiello said.

The results compare interestingly to another survey reported at the ESMO 2012 Congress, when Prof Sabine Tejpar, from University Hospital of Leuven, Belgium and colleagues reported that one-third of cancer patients were unaware of the fact that it is now possible to determine who is most likely to benefit from particular treatments.

Cancer treatment is being transformed as scientists discovered the molecular changes at the heart of many cancers, but the survey suggested patients were not always aware of this revolution.

Tejpar and colleagues had surveyed 811 patients diagnosed with cancer from Argentina, China, France, Germany, Italy, Spain and the UK. Results showed that 32% (260) of those interviewed thought no tests were available to determine which cancer treatments might work in certain individuals, while 53% thought that testing might be possible.

The new results reinforce the message of that earlier study, Ciardiello said.

“Oncologists are aware of the importance of molecular testing for the selection of cancer treatment, at least in some cancers, but our results show that they feel there are still economic and organisational problems that are hindering the use of these tests.”

The survey also showed that 78% of oncologists think that their patients need more information to help them understand the different types of cancer and how cancers progress.

“It is clear that while personalised (or precision) medicine is now a mainstream part of oncology around the world, more needs to be done to ensure patients are kept up to date with the rapid changes in practice too.”