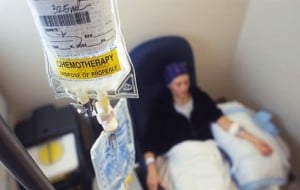 But the procedure is so toxic that it is currently used to treat only the most critical cases.

Now, researchers at the Stanford University School of Medicine have come up with a way of conducting the therapy that, in mice, dramatically lowers its toxicity.

If the method eventually proves safe and effective for humans, it potentially could be used to cure autoimmune diseases like lupus, juvenile diabetes and multiple sclerosis; fix congenital metabolic disorders like “bubble boy” disease; and treat many more kinds of cancer, as well as make organ transplants safer and more successful.

“There is almost no category of disease or organ transplant that is not impacted by this research,” said Irving Weissman, MD, a co-author of the research and professor of pathology and of developmental biology at Stanford. A paper describing the technique will be published in Science Translational Medicine. To successfully transplant blood stem cells, a patient’s own population of blood stem cells must be killed. Currently, this is done using chemotherapy or radiotherapy, treatments that are toxic enough to damage a variety of organs and even result in death.

“The chemotherapy and radiation used for transplant damage DNA and can cause both immediate problems and long-term damage to many tissues in the body,” Shizuru said. “Among the many known toxic side effects, these treatments can cause damage to the liver, reproductive organs and brain, potentially causing seizures and impairing neurological development and growth in children.”

For these reasons, blood stem cell transplantation is used only when the risks of serious disease outweigh the complications from the transplant.

To avoid these terrible side effects, the Stanford researchers composed a symphony of biological instruments that clear the way for blood stem cell transplantation without the use of chemotherapy or radiotherapy.

“However, this antibody alone would not be effective in immune-competent recipients, who represent a majority of potential bone marrow transplant recipients,” Chhabra said. The researchers sought to enhance the effectiveness by combining it with antibodies or with biologic agents that block another cell surface protein called CD47. Blocking CD47 liberated macrophages to “eat” target cells covered with c-kit antibody, Chhabra said.

With the CD47 marker blocked and the antibody attached to c-kit proteins, the immune system effectively depleted the animals’ blood-forming stem cells, clearing the way for transplanted blood stem cells from a donor to take up residence in the bone marrow and generate a whole new blood and immune system.

Comparing blood stem cell transplants to planting a new field of crops, Shizuru noted that the researchers not only found a safer way to clear the field for planting, but “we also used safer techniques to seed the new blood-generating cells.”

Currently, bone marrow transplants involve a mix of cells that includes blood stem cells as well as various immune cells from the donor, which can attack the tissue of the transplant recipient.

This immune attack results in what is called graft-versus-host disease, which can damage tissues and even kill patients. 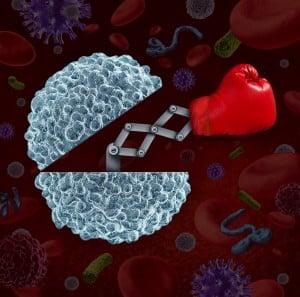 Building on knowledge gained from previous research, the team purified the donor tissue so that it contained only blood stem cells and not the other immune cells that cause graft-versus-host disease.

The success of these techniques in mice raises hopes that similar techniques will succeed in human patients.

“If it works in humans like it did in mice, we would expect that the risk of death from blood stem cell transplant would drop from 20 percent to effectively zero,” Shizuru says.

“If and when this is accomplished, it will be a whole new era in disease treatment and regenerative medicine,” said Weissman, who is director of the Stanford Institute for Stem Cell Biology and Regenerative Medicine, as well as the director of the Ludwig Center for Cancer Stem Cell Research and Medicine.

Safely replacing a patient’s blood and immune cells will get rid of the cells that attack their own tissues and produce disease like rheumatoid arthritis and Type 1 diabetes.

Currently, people who get an organ transplant must for the rest of their lives stay on drugs that keep their immune systems from attacking the transplanted organ.

“Even if you are on immunosuppressants, most organ transplants diminish in function or fail over time, and the immunosuppressive drugs themselves make the patient more susceptible to life-threatening infections or newly forming cancers,” Weissman said.

But if blood and immune stem cells from the organ donor can be transplanted at the same time as the organ, the new immune system will recognise the donated organ and not attack it, the researchers said.

“The transplanted cells, the donated organ and the patient’s own tissues all learn to coexist,” Shizuru said. “The donor blood stem cells re-educate the immune system of the patient, and the transplanted organ doesn’t get kicked out.”

Blood and immune stem cell transplants may also be critical to making the new era of regenerative medicine a success.

If stem cells for organs or tissues like heart or liver are grown for general transplantation — that is, not designed specifically for one patient — the patient will require immune conditioning through blood stem cell transplantation so that the stem cells are not rejected as foreign bodies, the researchers said.
[hr] Source: Stanford University Medical Center