A research team led by St. Jude Children’s Research Hospital scientists has discovered details of how the abnormal breakage and rearrangement of chromosomes in white blood cells triggers a particularly aggressive form of acute lymphoblastic leukaemia (ALL).

Such leukaemias are cancers of white blood cells, in which genetic mutations trigger overproduction of immature cells, called lymphoblasts.

The discoveries of the malfunction underlying the type called “Ph-like ALL” will aid in designing treatments for the leukaemia, researchers said, and also offer useful lessons for investigators studying similar leukaemias and other types of cancer.

The researchers, led by corresponding author Charles Mullighan, M.B.B.S., M.D., a member of the St. Jude Department of Pathology, published their findings in the journal Cancer Cell.

First authors on the paper were Ilaria Iacobucci, Ph.D., a postdoctoral fellow in Mullighan’s laboratory, and Yongjin Li, Ph.D., in the laboratory of author Jinghui Zhang, Ph.D., chair of the St. Jude Department of Computational Biology.

Although the investigators had previously identified an abnormal chromosome rearrangement in Ph-like ALL, little was known about the biological effects of that rearrangement. 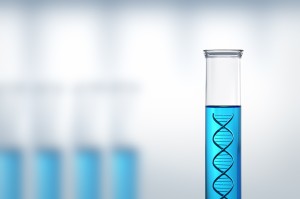 Iacobucci and colleagues set out to pinpoint those effects by studying human leukaemic cells and mouse cells engineered to mimic the disorder.

All resulted in a truncated version of a gene called the erythropoietin receptor (EPOR) gene, and all produced the same outcome–driving the white blood cells to proliferate out of control.

Li developed and applied the genomic analytical method used to define the truncations.

“To our knowledge, this is a previously unknown mechanism for leukaemia,” Mullighan said.

“Our search of cancer genomic data has shown that there are many other examples of chromosomal rearrangements that alter genes’ structure, but this type–where a truncating rearrangement leads to activation–is new.”

In analysis of cells from patients with ALL, Iacobucci found the characteristic rearrangements in all the leukaemic cells, suggesting these changes were fundamental to the development of cancer.

And in experiments with mice, Iacobucci also showed that introducing the mutant receptor in blood cells gave rise to leukaemia.

Importantly, Iacobucci and collaborators found the chromosomal alterations arise early in the development of the leukaemia and persist as the disease progresses.

“That finding was important because it suggests that treatments for this leukaemia targeting this receptor won’t just impact a subset of the leukaemia cells, allowing others to keep proliferating,” Iacobucci said.

Mullighan said the group’s findings will significantly aid design and testing of treatments for Ph-like ALL, including trials being developed by the Children’s Oncology Group (COG) and St. Jude.

The researchers expect that these trials will commence in the near future, because drugs that inhibit the over-activated biological pathway in the leukaemia already exist and are widely used to treat other cancers.

In fact, Iacobucci’s experiments with both engineered mouse cells and human leukaemic cells showed that using one of these drugs, ruxolitinib, inhibited the out-of-control machinery.

The researchers also cited the case of an adult patient at MD Anderson Cancer Research Center, Houston, whose genetic analysis revealed EPOR-rearranged ALL.

That patient had not responded significantly to other chemotherapy drugs, but when given ruxolitinib, showed a major drop in leukaemia cells.

Of the potential for aiding clinical trials, co-author Stephen Hunger, M.D., of Children’s Hospital of Philadelphia, said: “These findings expand the number of ALL patients who should be amenable to precision medicine therapies that add targeted inhibitors to chemotherapy for ALL patents with specific genetic changes in the leukaemia cells.”

Hunger said COG has developed a clinical trial testing this strategy with ruxoltitinib, which will begin treating patients in mid-2016.

Based on the results of this St. Jude-led study, he said, the trial will include children with ALL and EPOR rearrangements.

More broadly, Mullighan said the findings highlight the complexity of the chromosomal rearrangements underlying the many types of ALL.

“These findings drive home the point that we are dealing with a complex genomic landscape. Each one of these rearrangements is potentially its own entity, and each one merits its own detailed study. You can’t just map a rearrangement and assume that it will produce the same mechanism in all patients that will yield to the same treatment,” Mullighan said, adding that “meticulous, detailed genetic sequencing of the cancer cell genomes is required to tease apart the subtle differences among closely related cancers. Such sequencing is also critical for definitive diagnosis of the cancers.”

Mullighan emphasised the importance of such detailed analysis in all cancers.

“Often a lot of that data generated by whole-genome sequencing may not have been mined comprehensively, because such rigorous analysis is very difficult. But to fully understand these tumours, you have to look at large numbers to make correlations; and to really understand the driving mechanism, you have to find the recurrent biological changes in the tumours.”
[hr] Source: St. Jude Children’s Research Hospital