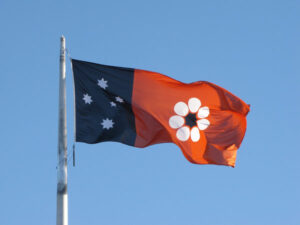 A new study conducted by the Menzies School of Health Research has found a very high prevalence of liver cancer in the Northern Territory (NT).

Published in the Medical Journal of Australia, the paper, Hepatocellular carcinoma in Australia’s Northern Territory: high incidence and poor outcome, reveals cases of liver cancer among Indigenous populations to be six times higher than in the non-Indigenous population.

The average survival time for Indigenous patients from diagnosis was only two months. The most common underlying cause of liver cancer in the Indigenous population is Hepatitis B virus.

Infectious diseases specialists at Menzies, Dr Josh Davis and Dr Steven Tong have been investigating the implications of Hepatitis B for some years and found that liver cancer is the most dire complication of Hepatitis B.

“Liver cancer is a devastating complication of chronic viral hepatitis. It is the fifth most common cancer in the world, and the second most common cause of cancer death,” Dr Davis said.

The majority of cases described in the study were diagnosed in advanced stages of the disease, by which time treatment options are severely limited. This meant that among the Indigenous population 50 per cent were dead within 64 days after diagnosis.

Dr Davis said prevention of liver cancer is possible by diagnosing Hepatitis B and offering treatment.

“Early detection is essential in improving the outcomes of liver cancer by catching the cancer at a potentially curable stage,” he said.

Dr Tong said despite both incidence of and mortality from liver cancer remaining unacceptably high in Indigenous people in the NT, there was a way forward in addressing the disparity.

“Cancer deaths are preventable if those identified with hepatitis B receive appropriate treatment,” Dr Tong said.

“If tumours are diagnosed at an early and treatable stage, and care is coordinated through a centralised service made available more readily across the Territory.”

The Royal Darwin Hospital has set up a centralised multidisciplinary service with support from Flinders Medical Centre in South Australia which has already led to improved outcomes.

Dr Davis said there needed to be a greater focus on diagnosis and treatment of Hepatitis B.

“Indigenous populations are a priority population in the national and Northern Territory Hepatitis B strategies because rates of Hepatitis B are so high. There are an estimated 2500 Indigenous people in the NT with Hepatitis B, of whom less than 100 are receiving treatment,” he said.

“Due to the extremely poor prognosis of anyone diagnosed with liver cancer, this is a disease where there is absolutely no doubt that prevention is far better than cure. There is an urgent need for further funding to improve rates of diagnosis and treatment for Hepatitis B, with the aim of preventing the devastating complication of liver cancer.”