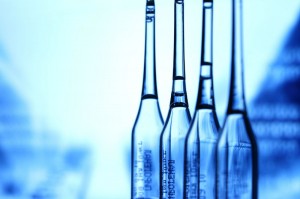 This is especially the case for high-risk patients when it is combined with a powerful immunotherapy drug. These findings were presented by The University of Texas MD Anderson Cancer Center at the 2014 American Society of Clinical Oncology’s Breast Cancer Symposium in San Francisco.

One of only a few vaccines of its kind in development, GP2 has been shown to be safe and effective for breast cancer patients, reducing recurrence rates by 57%. Further, women with the highest overexpression of HER2 (known as HER2 +3) had no cancer recurrences when they were administered the vaccine after completing trastuzumab (Herceptin), a type of immunotherapy drug known as a monoclonal antibody. HER2 is an oncoprotein that promotes tumour growth and is expressed to some extent in 75-80% of breast cancers.

“This is an important and different avenue in immunotherapy research, in that we are investigating ways to prevent cancer recurrence by stimulating the immune system to treat cancer,” says principal investigator Elizabeth Mittendorf, Associate Professor of Surgical Oncology. “The ultimate goal is to develop a preventative tool that will minimize the risk of recurrence in women who have already had breast cancer and for whom standard therapies have failed.”

The findings are the result of a phase II randomised trial that paired the GP2 vaccine, designed to stimulate the CD8+ cells, commonly known as “killer” or “toxic” T cells, with an immune stimulant known as granulocyte/macrophage colony stimulating factor (GM-CSF). The trial included 190 patients with varying levels of HER2; 89 women received the GP2 vaccine with a GM-CSF adjuvant and a control group of 91 patients received GM-CSF alone. Eight patients experienced early recurrence or developed a second malignancy and did not complete the vaccine trial. The vaccine is injected subcutaneously and the initial series consisted of monthly inoculations for six months, followed by four cycles of booster shots administered every six months thereafter. The patients were monitored for nearly three years.

Women with HER2 +3 who were administered trastuzumab as part of the standard of care prior to receiving the vaccine experienced no cases of cancer recurrence. According to Mittendorf, trastuzumab may act like a primer for the vaccine. Trastuzumab stimulates CD4+ T cells to release substances that fight cancer cells and initiates an antibody response. Thus, it may prepare the immune system, making the vaccine even more effective. MD Anderson is now testing this combination of immunotherapies in other clinical trials.

“We believe many more patients will benefit in some way from immunotherapy,” says Mittendorf. “The challenge will be identifying the right immunotherapeutic approach for each individual patient. When doctors are able to do that, cancer therapy, and immunotherapy specifically, will follow a more personalised approach.”