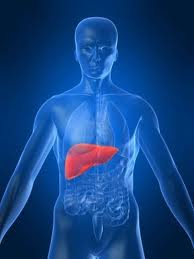 Detection of small fragments of tumour DNA, known as circulating tumour DNA, in a patient’s pre-surgery serum samples predicts early recurrence of hepatocellular carcinoma and may guide treatment, according to a study published in Cellular and Molecular Gastroenterology and Hepatology.

Hepatocellular carcinoma—the most common type of liver cancer—is the third leading cause of cancer deaths worldwide.

The researchers performed whole-genome sequencing on 46 patients undergoing hepatocellular carcinoma resection—removal of the liver or liver transplantation—and for whom pre-surgery and post-surgery serial serum samples were available. By comparing DNA isolated from the tumour to normal DNA from the same patient, they detected mutations in all 46 samples.

Hepatocellular carcinoma is often diagnosed at a late stage, which has resulted in a five-year survival rate of only 11 percent. Identifying a new method to monitor disease progression and identify patients who could benefit from treatment is critical to improve the morbid survival rate associated with this deadly form of liver cancer.