A new blood test could predict which men with advanced prostate cancer will respond to new targeted treatments for the disease.

Researchers were able to detect tumour DNA in men’s blood and pick out cancers with multiple copies of the androgen receptor gene, which many prostate cancers rely on to grow.

Men with multiple copies of the gene responded much less well than otherwise to the targeted therapies abiraterone and enzalutamide – now standard treatment for advanced prostate cancer.

These men could be spared treatments that are unlikely to work for them, and doctors could offer them alternative options instead.

The test will have to be assessed further in clinical trials, but the researchers say it costs less than £50 and could be used in clinical practice to personalise treatment.

A team at The Institute of Cancer Research, London, and The Royal Marsden NHS Foundation Trust, along with colleagues in Europe, analysed blood samples from 265 men with advanced prostate cancer who were being treated with abiraterone or enzalutamide, either before or after docetaxel chemotherapy.

The study is published in the journal Annals of Oncology, and was funded by Prostate Cancer UK with support from the Movember Foundation, Cancer Research UK, and the NIHR Biomedical Research Centre at The Royal Marsden NHS Foundation Trust and The Institute of Cancer Research (ICR).

Researchers took samples from patients on three different clinical trials, both before receiving abiraterone or enzalutamide, and again after their disease began to progress.

In the primary trial of 171 patients, men in whom a blood test detected multiple copies of the gene that carries the instructions for making the androgen receptor were four times more likely to die over the course of the study than those who did not.

The study included both patients who had previously received chemotherapy and those who did not.

The findings were confirmed in a second group of 94 patients where men with multiple copies had an eight-fold shorter response to treatment than men with one or two copies of the gene.

The androgen receptor is known to play an important role in helping cancers to become resistant to treatment with abiraterone and enzalutamide, which are standard treatments for men whose cancer is resistant to traditional hormone blocking therapy and has spread round the body.

Dr Gerhardt Attard, Team Leader in the Centre for Evolution and Cancer at The Institute of Cancer Research, London, and Consultant Medical Oncologist at The Royal Marsden NHS Foundation Trust, said “Abiraterone and enzalutamide are excellent treatments for advanced prostate cancer and some men can take these drugs for years without seeing a return of their cancer. But in other men, these drugs do not work well and the disease rapidly returns. Currently there is no approved test to help doctors choose whether these are the best treatments for an individual.”

“We have developed a robust test that can be used in the clinic to pick out which men with advanced prostate cancer are likely to respond to abiraterone and enzalutamide, and which men might need alternative treatments. Our method costs less than £50, is quick to provide results, and can be implemented in hospital laboratories across the NHS. We are now looking to assess our test in prospective clinical trials and would hope it can become part of standard patient care.” 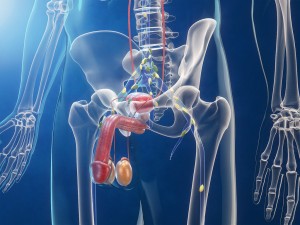 Dr Iain Frame, Director of Research at Prostate Cancer UK said “A man with incurable prostate cancer does not have time to waste taking drugs that will not work for him. To stop prostate cancer from being a killer, we need to move away from a one-size-fits-all approach to treatment. This test could be a significant step towards that and we’ll be watching its development very closely. Thanks to our supporters, we are ramping up investment in prostate cancer research to get the right drug for the right man at the right time.”

Dr Emma Smith, science information manager at Cancer Research UK, said “Developing tests that help doctors predict how likely a treatment is to work will prevent patients from suffering unnecessary side effects from treatments that are unlikely to benefit them. If further studies confirm this test is reliable, it could also help doctors choose better options for men whose prostate cancer is unlikely to respond to standard treatments.”

Professor Paul Workman, Chief Executive of The Institute of Cancer Research, London, said “Drug resistance is the single biggest obstacle we face in treating cancer. We need to be able to assess a patient’s disease individually so we know which therapies have the best chance of success, and which are unlikely to be effective. The test our researchers have developed is exactly what we need to tailor therapy to individual patients, so we can offer patients the treatment that is most likely to work for them. It’s an important step towards further personalisation of cancer treatment.”
[hr] Source: Institute of Cancer Research