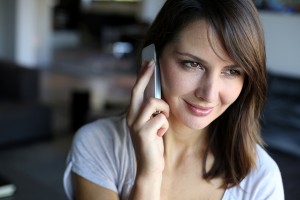 The risk of brain tumours has not changed significantly with increased mobile phone use, according to new research from the University of Auckland.

In a paper just published in the Australia and New Zealand Journal of Public Health, on the trends in primary brain cancer incidence in New Zealand between 1995 and 2010, research led by cancer epidemiologist, Professor Mark Elwood, showed no general increase in brain tumours.

Professor Elwood says there have been concerns about whether the use of mobile phones could lead to an increase in the frequency of brain tumours.

“Several major international studies have suggested either no risk or a slightly increased risk in high users, while some others have suggested substantial risks,” he says.

His team examined the frequency (yearly incidence) of brain cancers, both in total and in those sub-types highlighted in some other studies, in New Zealand from 1995 to 2010, using data from the New Zealand national cancer registry.

“There has been no general increase,” says Professor Elwood. “In fact, for the wide age range 10 to 69 years, there has been a decrease of about one percent per year.”

“This adds to the evidence against there being a substantial increased risk in mobile phone users. This is consistent with most, but not all, similar studies done in other countries,” he says.

Professor Elwood says these studies together suggest that previous reports of large increases in risk in mobile phone users are likely to be incorrect.

“But a study of this type cannot exclude a small risk, or one limited to a certain subtype of cancers, or a risk only arising after more than about 15 years of phone use,” he says.

“We have no explanation for the decrease in brain cancers in New Zealand,” says Professor Elwood.  “In people aged over 70 years, there was an increase in some types of brain cancer.  This has been seen in other countries and is likely to relate to improved diagnosis.”

The research team included research student, Stella Kim, research fellow Sally Ioannides and Professor Elwood who is a professor in the cancer epidemiology section of the Department of Epidemiology and Biostatistics at the School of Population Health, University of Auckland.