The Children’s Cancer Institute in Sydney recently launched an ambitious program. From early next year, scientists will analyse the unique cancer cells of 12 children diagnosed with the most aggressive forms of the disease to find the best treatment for each child.

By 2020, they aim to have these individualised treatment options available to all children diagnosed with cancers that have a less than 30% survival rate. This way of tailoring treatment to each person is known as personalised medicine, and advances in DNA sequencing have paved the way for a new era in cancer management.

The modern use of the term “personalised medicine” is based on the idea that by understanding the specific molecular code of a person’s disease, and particularly its genetic makeup, we can more accurately tailor treatment to them. This approach is also referred to as precision medicine.

Cancer is fundamentally a disease of altered genomics – genetic material making up the structure of cells. Because these alterations are different in each person, every tumour is programmed differently with genes made up of varying sequences of DNA. 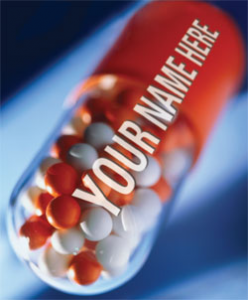 This is why not everyone will respond the same way to a given treatment. Determining the DNA sequence that makes up the genome of each tumour (genomic sequencing) helps doctors understand how the tumour may be effectively targeted.

Because personalised medicine is customised treatment for individuals, clinical trial designs are moving from population-based to one-person trials. Here, a person with a specific genomic makeup is given targeted therapies and the responses are tracked over time.

While the Sydney children’s program has been described as the first of its kind in Australia, the concept of personalised medicine is not new. Cancer doctors have always managed each person’s cancer by using all the available information about the tumour and other pre-existing medical conditions.

But there are important differences in the development of personalised medicine today.

If a woman’s tumour didn’t have these receptors, then doctors wouldn’t give them drugs that affected oestrogen as there would be no point.

So researchers have gone deeper to see that this is due to the different way oestrogen receptors function in cancer cells.

Understanding the genomic framework of the tumour can determine this function and thus predict the types of women who, despite having the receptor, would likely not benefit from such hormonal therapy.

This understanding of a tumour’s genomic makeup has also led scientists to expand the way cancer is classified. Where previously we categorised cancers by their organ of origin (breast, pancreas etc), findings like the above mean we can now also use a genomic definition.

This has positive implications for optimising cancer treatment.

For instance, one of the most aggressive forms of breast cancer is HER2-positive cancer (human epidermal growth factor receptor 2). The subtype accounts for about 15% of breast cancers, and occurs when the tumour has extra copies of the HER2 receptor gene that promotes cancer cell growth.

Drugs targeting the HER2 protein have shown dramatic success in improving outcomes for people with this subtype. They have become standard treatment.

But it has recently been discovered that excessive HER2 is also present in about 8% of gastric cancers and 3% of pancreatic cancers. This means a therapy successful in one location has the potential to work in another, because the tumour types are similar.

Clinical trials are currently assessing whether HER2-targeted drugs can then also be effective against these pancreatic tumour types.

Most major cancer hospitals in Australia have trials investigating personalised medicine at some level. But genomic analyses aren’t widely performed on an individual patient basis.

It is likely examining each tumour in this way will become routine treatment in the near future. There are already international providers who will (for a fee) sequence tumours and suggest treatments based on this information. 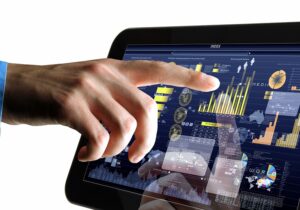 For instance, the Foundation Medicine test profiles some 400 known cancer driver genes and can be purchased for $US5,800 (approximately $A8,000). This type of test is not routine in Australia, but internet-savvy patients who have the financial means can arrange to have their tumour analysed with the help of their doctor.

Further to that cost of sequencing is the actual treatment, which may sometimes be an expensive drug not listed on the Australian Pharmaceutical Benefits Scheme for this particular use.

But there are advantages to the personalised approach that transcend cost.