Described as “The Emperor of All Maladies” by Pulitzer Prize-winning author and researcher Siddartha Mukherjee, cancer is often seen as a modern disease. But scientists have found evidence of it in dinosaur fossils and human cases appear in literature spanning four millennia.

The Egyptian physician Imhotep vividly described advanced breast cancer in 2600 BC as “a bulging mass in the breast”: cool, hard and spreading beneath the skin. Under the section “Therapy”, Imhotep solemnly recorded: “There is none.”

An early modern publication on cancer comes from 1818. Written by physician George Wagstaff, it includes a number of gruesome case studies such as that of “fungus haematodes”, or blood fungus in the lungs.

Since then, more than three million scientific papers have been published on the subject, 159,000 of them in 2015 alone.

Cancer is made up of around 200 distinct illnesses united by the uncontrolled growth of human cells. The diversity of mechanisms by which different cancer types both grow and evade treatment means that many separate breakthroughs will be required to combat all cancers.

Currently, seven cancer types are listed in the top 20 causes of death in Australia. These are cancers of the lung, blood and lymph, bowel, prostate, breast, pancreas and skin.

The How Australians Die series has combined all cancer deaths to make them the second leading cause of death after heart diseases and stroke. Alzheimer’s is number 3, respiratory diseases, number 4 and diabetes, number 5.

This is the number one cancer killer, ranking number four in overall causes of death. Most (80%) lung cancers are still attributable to tobacco smoking, either directly or through passive smoking. Australia is leading the world in reducing smoking rates and fewer than 13% of Australian adults now smoke, with fewer lung cancer cases as a result. 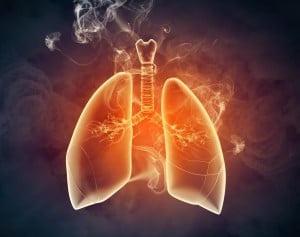 Sadly, lung cancer survival remains poor due in part to late detection. Less than 15% of people are still alive five years after diagnosis although new immunotherapy treatments that help the immune system destroy cancer cells are prolonging survival for some patients.

Blood and lymph cancer (including leukaemia)

Combined, these cancers are referred to as haematological cancers and they caused 4,275 deaths in Australia in 2013 (made up mostly of lymphoma and leukaemia caused deaths). For each, there are sub types with different features, treatments and survival rates. Little is known about the causes of these cancers but survival is improving for many types.

In 2014, 4,169 people died of bowel cancer (0.9% chance of death before age 75) compared to 2,500 in 1968 (1.9%). These cancers can often be treated successfully if found early through faecal blood testing such as in the National Bowel Cancer Screening Program.

However, since the program began in 2006, only 40% of those invited have done the test. Despite men being diagnosed more, at a later stage and being more likely to die from bowel cancer, they are less likely than women to participate.

In 2014, 3,102 Australian men died of prostate cancer, up from 963 in 1968. Diagnosis and death are rare for those under 50 but the disease becomes increasingly common in older men with over half of prostate cancer deaths occurring after 80. Causes are unknown making preventative options hard to identify.

Although diagnosis is common, only one in six men who are diagnosed die of prostate cancer. The five year survival rates exceed 90%, giving prostate cancer the reputation of being a disease one dies with rather than from. However the large number of cases, particularly in much older men, mean it remains a major cancer killer.

Surgery and radiotherapy are the most common treatments. Hormone therapy, recently combined at the beginning with chemotherapy, can often control more widespread disease for long periods.

Perhaps the highest-profile cancer, progress in breast cancer has been strong. However, 2,844 Australians, including about 30 men, still died of breast cancer in 2014 in Australia.

Breast cancer is now divided into different sub-types, each with its own behaviour. Understanding this has allowed more personalised therapy for many patients, which has improved treatment outcomes.

Mammographic screening has attracted some controversy because of possible over-diagnosis. But with participation rates well above 50%, and more cancers being detected at more curable stages, it has likely contributed to the rise of five year survivals to 90%.

An absence of signs and tests make early detection uncommon and little progress has been made in identifying important drivers of pancreatic cancer growth. As diagnosis often occurs at an advanced stage and focused treatments are lacking, outcomes are poor with a five year survival rate of only 5%. Of the 2,067 skin cancer deaths, approximately 1,600 were due to melanoma while non-melanoma skin cancer (NMSC), a far more common but less lethal form, claimed the others in 2014. Excessive ultraviolet radiation from sunlight remains the main cause for both.

Recently, New Zealand surpassed Australia as the number one skin cancer nation in the world. Melanoma cases are falling in Australia, probably due to prevention efforts.

This article was originally published on The Conversation and is the second in the How Australians Die series that focuses on the country’s top five causes of death and how we can drive down rates of these illnesses. Tomorrow’s piece will explore the third leading cause of death: Alzheimer’s. You can also read our first article on heart diseases and stroke. Read the original article.