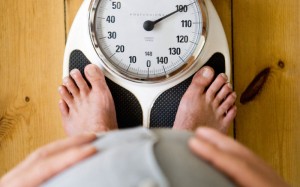 Being overweight or obese may be tied to an increased risk of a type of brain tumour called meningioma, according to a new meta-analysis published in the September 16, 2015, online issue of Neurology, the medical journal of the American Academy of Neurology.

Meningiomas occur at a rate of about five to eight cases per 100,000 people per year.

The five-year survival rate for meningioma is 63 percent.

“This is an important finding since there are few known risk factors for meningioma and the ones we do know about are not things a person can change,” said meta-analysis author Gundula Behrens, PhD, of the University of Regensburg in Regensburg, Germany.

“Given the high prevalence of obesity and the unfavourable prognosis for this type of tumour, these findings may be relevant for strategies aimed at reducing the risk of meningioma.”

The meta-analysis looked at all of the available research on body mass index (BMI), physical activity and the brain tumours meningioma and glioma, which are the most common primary brain tumours in adults.

A total of 12 studies on body mass index and six on physical activity were analysed, involving 2,982 meningioma cases and 3,057 glioma cases.

Overweight was defined has having a BMI of 25 to 29.9; obese was considered a BMI of 30 or higher.

No relationship was found between excess weight and glioma, which occurs at about the same rate as meningioma but has a worse prognosis.

Having a high level of physical activity was modestly associated with a decreased risk of meningioma.

For example, excess weight is associated with excess production of oestrogen, and oestrogens promote the development of meningioma.

Also, excess weight is linked to high levels of insulin, which could promote meningioma growth.

Behrens noted that the analysis does not prove that excess weight and lack of physical activity causes the brain tumours; it shows the association.

“As a reminder, while there was an association in the study between weight and this type of tumour, it should be noted that tumours are rare.”
[hr] Source: American Academy of Neurology