Miles A. Pomper and Ferenc Dalnoki-Veress, Middlebury Institute of International Studies at Monterey

Yet the lack of adequate cancer care was hardly unique in the region: 80 percent of Africa’s one billion people have no access to radiotherapy although half of all cancer patients need it.

The lack of adequate cancer care also is hardly unique to Africa. Worldwide, it is estimated that an additional 5,000 radiotherapy machines are needed to treat cancer.

While infectious diseases like AIDS and Ebola have received the lion’s share of Western media attention, noncommunicable diseases, including cancers, are surging in Africa and other low- and middle-income countries. This is fueled by population growth, longer lifespans, related infectious diseases, and health and environmental factors, such as increased urbanization and smoking. Cancer, which kills one in eight people worldwide, is on the verge of becoming a global pandemic with a staggering economic toll.

Yet developing countries lack the resources – from machines to trained personnel to operate them – to cover more than a small portion of today’s cases, let alone the rising numbers projected for the future.
About 15 African countries have no radiation therapy available at all.

Our studies and research on nonproliferation of nuclear weapons actually led me to investigate this problem further, as it has an effect not only on millions of people but also on the world’s security and safety, as I will explain in greater detail.

Lack of radiation therapy equipment will cost lives and money Tackling this challenge is important from both a humanitarian and an economic perspective. Worldwide, two-thirds of the 8.2 million cancer deaths in 2012 occurred in developing countries, with that proportion anticipated to grow dramatically in the years ahead. Many of these deaths could be delayed or avoided altogether with adequate radiation treatment as well as better diagnostic and screening techniques. For example, the five-year survival rate for breast cancer in the United States is 90 percent, but it is only 50 percent in Uganda.

Investing additional funds in cancer care will save not only lives but also money. It would enable a larger workforce able to contribute to the economy.

Increased radiation treatment, a recent landmark study concluded, could lead to savings in tens to hundreds of billions of dollars. After all, working-age patients who in developed countries would likely survive and continue to lead productive lives are essentially left for dead in poorer countries.

Unfortunately, the major public health and development communities have yet to focus sufficiently on the problem. To be sure, the United Nations last year approved sustainable development goals that called for a one-third reduction by 2030 of deaths from noncommunicable diseases, such as cancer, and increasing prevention and treatment.

However, when it comes to cancer, little money has been put behind this goal, and next to none of it for treatment. The major public development and health organizations, such as the World Bank and World Health Organization, and private donors, such as the Bill and Melinda Gates Foundation, have preferred to focus their funding on infectious diseases.

Some funders have begun to consider some near-term funding for forestalling some of the more preventable cancers, such as cervical cancer through the HPV vaccine. This is no help, however, for those who already have been diagnosed. The unfortunate victims who find out they have cancer have little recourse but to succumb to the disease – or to bankrupt their families to pay for palliative care.

Even in those few poor countries that have limited access to a radiotherapy equipment, the technology these countries are using is antiquated and less effective, from a medical perspective. Richer countries and better-off developing countries generally employ linear accelerators. These machines allow doctors to administer highly targeted doses of radiation to patients. They destroy tumors and yet limit damage to surrounding tissues.

But poorer countries have had to make do with old fashioned machines that use highly radioactive material (cobalt-60). Such machines not only provide less effective medical treatment, but also pose a security risk – cobalt 60 can be used to make a radiological weapon, such as a dirty bomb.

Not an easy fix – but a needed one To be sure, it will face challenges in doing so, and not just financial ones. For example, it is more difficult to operate linear accelerators, which need steady supplies of electricity and water. This is particularly difficult in the challenging environments of some low- and middle-income countries. In addition, there is a shortage of trained oncologists and other cancer workers, and training them will take time. Sierre Leone, for example, has no oncologists, let alone a radiation oncologist.

Meanwhile, cancer professionals have launched an International Cancer Expert Corps to link medical experts in better off countries with their poorer colleagues. Last year, private companies launched an initiative supported by the White House to use smartphones and other readily accessible technologies in poorer countries to improve diagnostic and screening procedures. Such efforts could save lives and make radiation therapy more effective by catching cancer earlier. Today, many patients in remote areas only travel to cancer treatment facilities in major cities when the disease has progressed to a point where doctors can only ease their pain not cure the disease. 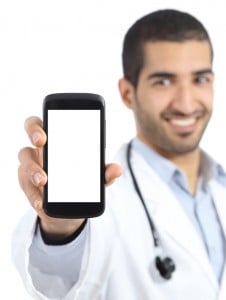 For example, a health care provider can take cellphone pictures of the cervix to screen for cancer. These images are then remotely analyzed by a gynecologist, which allows that doctor to see many women without physically being present. Such an approach, which has been utilized in a partnership between the University of Pennslyvania Perelman School of Medicine and Botswana, may also lessen sociocultural barriers to screening.

Given the scale of the current and future challenges, such initiatives, however inspiring, are simply not enough. Both greater political leadership and financial resources are needed from the international community to meet the sustainable development goals. Developing country governments, the major international development organizations, and major private public health donors all need to do more to tackle cancer in the world’s poorest countries and help make a healthier and more secure world.
[hr] This article was updated on July 22 to change the names of foundations that focus on funding infectious diseases.